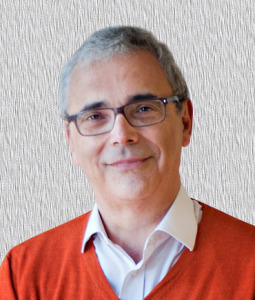 Background
Richard Messik’s been in Practice, as he says, rather more years than he cares to remember and during that time has seen some pretty exponential changes, which he’s always been one of the first to welcome with open arms. Once a technophile, always a technophile!

On qualifying, he joined his father in the well respected and established family practice, Bellman Messik set up by his Grandfather in 1921 and began to gently and tactfully usher it into the then twentieth century, a process he was able to speed up considerably when he took over as senior partner, overseeing growth from 3 partners to 10, relocating the West End offices from Bentinck Street to Marylebone and opening two suburban offices first in Pinner and then Barnet.

In 1995 he merged the West End Office Practice with Jayson Newman, joining them as one of the Senior Partners where he took the role of management partner innovating a variety of IT systems, taking the practice to the forefront at that time of online accounting, both internally and externally and working on the creation, development and marketing of Easycounting one of the pioneer online accounting systems.

When Jayson Newman became one of the three founding practices of Numerica, subsequently Vantis PLC, Richard continued with his online development work, establishing the London Outsourcing department and introducing the latest online accounting practices and improvements both internally and to clients.

Richard’s first to admit he’s always worked with one foot in the accountancy camp and the other very firmly in the business arena, seeing as essential the growth and expansion of the Practice as a Business. Priorities are combining forward planning, ongoing development, cost effective inter-office communication and central administration with all the best that technology has to offer. Last but as he emphasises, far from least, is good and effective people management, without which no business can optimise its growth and performance.

Current
When you bang on long enough about something people start coming to you because they think you have all the answers, hence the decision five years ago to put his money where his mouth is and set up RFM Associates. The practice and consultancy sides of the business mesh well and this allows him to work with clients and a team who, like him, enjoying thinking forward not back. 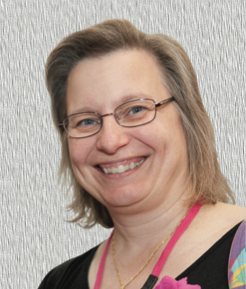 Background
Carolynne has now spent over twenty years working with Richard (she usually knows exactly what he’s going to do before he does!) dealing with owner-managed businesses of all shape, sizes and varieties.

She’s a firm believer in the fact that every single business is as individual as the people who run it and therefore it stands to reason there are always going to be different expectations, needs and management styles. Her role, as she sees it, is to identify all of those so each individual client receives precisely the accounting services they need, together with however much support they want.

She comments ‘Successful long-term relationships are based on adaptability, and giving the client peace of mind.’

Current
Carolynne relishes managing the successful team at RFM Associates with, as she notes, a firm hand! However she’s an instinctive manager who knows well that the greater the independence given to the individual, the better the results.

She’s almost as much of a tech geek as Richard and equally delighted to be at the cutting edge of online accounting, at the same time fascinated by the seismic changes she’s seen and continues to see within the industry. An intuitive and successful networker, Carolynne’s view is unequivocal; ‘We build our services around your comfort zones, but be ready for those comfort zones to be challenged as we work with you to take your business forward!’

What our clients say:

“Richard has been a huge source of support and wise advice for the charity from its very beginnings. He’s always more than prepared to put in time, effort and any specific research necessary, to ensure we’re operating at maximum efficiency and financial effectiveness.”

Call, email or use our online form to get in touch and ask how we can help you
This site uses cookies More info